The Panchasheel Homoeopathic Medical College and Hospital, Khamgaon is one of the pioneering institution in the field of Homoeopathic education in India, established in the year 1959. It is governed by the Panchasheel Homoeopathic Shikshan Prasarak Mandal, a registered under Societies Registration Act XXI of 1860 by eminent social workers and freedom fighter in 1959. The founder principal Dr. R. G. Kavishwar alias Babasaheb Kavishwar was felicitated by the then his excellency Honorable Shri Krishnakant Vice-President of India on the eve of Silver Jubilee function of central council of Homoeopathy, New Delhi in December 1998 for his tireless efforts for propagation of homoeopathy and his contribution in homoeopathic education.

The post Graduate Courses (M.D. Homoeopathy) in Five specialty subjects viz. Homoeopathic Philosophy, Materia Medica, Repertory, Practice of Medicine and Paediatrics as framed by the Central Council of Homoeopathy, New Delhi, has been started since 2002-2003. And was affiliated to Sant Gadge Baba Amravati University, Amravati and since 2006-2007 is affiliated Maharashtra University of Health Sciences, Nashik.

The college is housed in its own elegant building in a most graceful premise of 4 acres of land, with beautiful landscape. All the teaching departments have been adequately housed in this building, specious lecture theatres, well ventilated & equipped laboratories, museums with attractive & educative display of specimens, the dissection hall & the seminar rooms and herbal garden.

The college has its own 40 bedded Homoeopathy hospital housed in Hahnemann Mansion, in the heart of town, imparting services to the ailing humanity. The hospital has medicine, Surgery, Gyn./Obst. and Paediatrics wards. Hospital has OPD unit’s clinical pathology, operation theatre, x-ray unit physiotherapy yoga and rehabilitation unit too. The hospital has mobile medico van & provides regular health services to the people in rural & urban areas in the vicinity of the college by way of arranging Homoeopathic Camps, school health programmes, health exhibition. The national social service, which is granted by Maharashtra University of Health Science Nashik to this college, the most efficient & experienced teaching and non-teaching staff of the college manages the entire clinical activities of the college & of the hospital.

The college has the separate hostel for boys & girls, with all the amenities like recreation hall. A big Ground in front of the building for outdoor games, telephone, Internet facility Wi-Fi is also being provided. The staff quarters for Teaching, Non-Teaching and Hospital Staff are provided in college and hospital premises. The guest house and canteen is also available in the college premises.

Homoeopathy is scientific, logical, safe, quick and extremely effective method of healing. It offers long lasting to permanent cure, treating the disease from its roots, for most of the ailments. Homoeopathy is one of the most rational sciences with respect to its concepts of health, disease and cure. Homoeopathy does not treat superficially by just driving away the symptoms but heals the patient from within. Undoubtedly, homeopathy is the medicine of future.

Homoeopathy is a system of alternative medicine created in 1796 by Samuel Hahnemann based on his doctrine of like cures like (similia similibus curentur), a claim that a substance that causes the symptoms of a disease in healthy people would cure similar symptoms in sick people. Large-scale studies have found homeopathic preparations to be no more effective than a placebo, suggesting that positive feelings after taking homeopathic medicines are due to the placebo effect and normal recovery from illness. Homoeopathy is a pseudoscience—a belief that is incorrectly presented as scientific—and is ineffective for treating any condition. 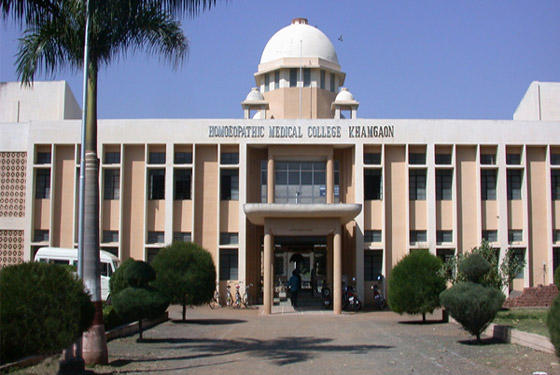 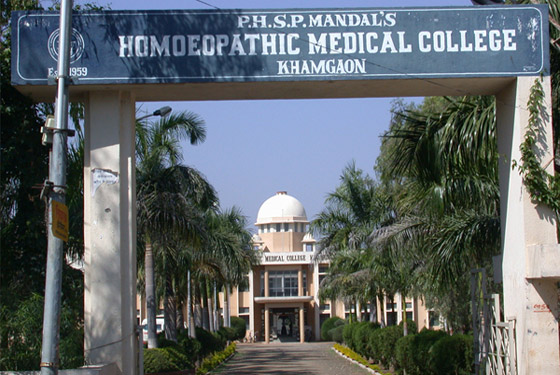 let’s take a look at some of College Photo Gallery

milestones in Our College history

there are some important points in our college history

The Homoeopathic Medical College and Hospital, Khamgaon is one of the pioneering institution in the field of Homoeopathic education in India, established in the year 1959.